Benefits of Bacopa for Brain Health 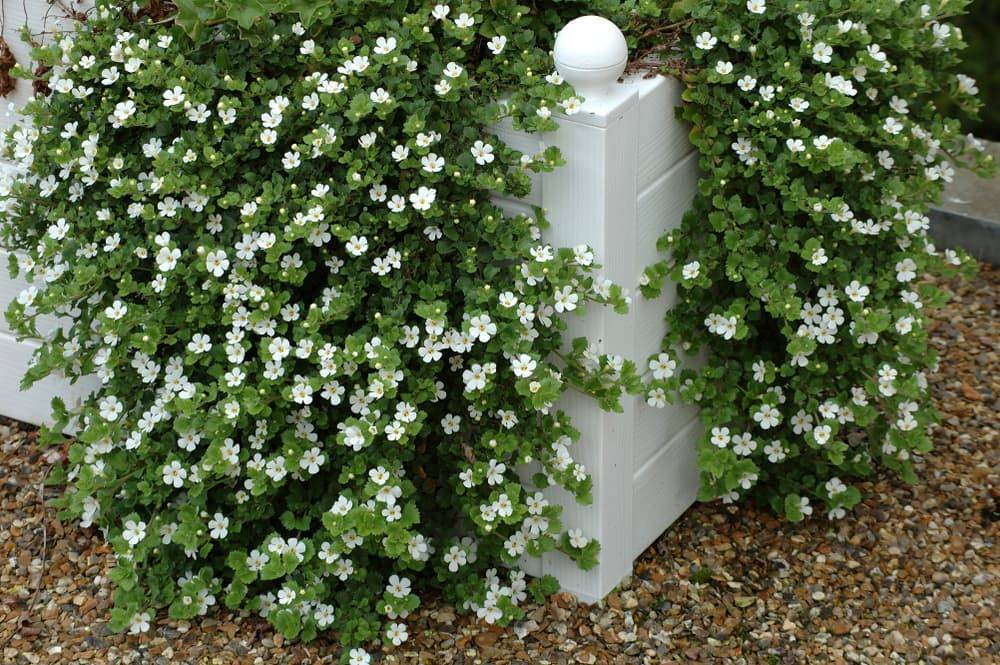 Whether you know it as Bacopa monnieri, brahmi, water hyssop, or simply "bacopa," this tropical plant might just be one of the best supplements for brain health - and a new staple in your wellness regimen. This article discusses what you need to know about the benefits of Bacopa for brain health.

Like so many other herbal and plant-based supplements gaining mainstream popularity today, bacopa has a centuries-long history that bridges many ancient healing traditions. Now, as a growing number of people discover the ways in which natural plants and herbs can support their health goals, bacopa has quickly become a go-to supplement for those prioritizing brain health.

Before we explore the many potential Bacopa monnieri brain benefits, let's take a closer look at the herb itself.

Categorized as a perennial plant, Bacopa monnieri is a creeping herb that is native to the tropical wetlands of Eastern and Southern India, Asia, Europe, Africa, Australia, and North and South America. You can easily find it in marshy areas throughout Nepal, Sri Lanka, China, Vietnam, Pakistan, the Caribbean, and even in U.S. states such as Florida, Hawaii, and Louisiana.

With its small white flowers and succulent leaves, bacopa has an unassuming appearance — but for those that are well-versed in Ayurvedic medicine, it is a highly valued component of ancient healing and health.

It's not just traditional medicine practitioners that understand the potential benefits of bacopa; recent scientific studies have also highlighted the ways in which the effects of bacopa may support brain function and cognitive performance. Although there is still much to learn about how bacopa works for brain health, it is believed that its benefits may stem from a class of naturally occurring bioactive compounds known as "bacopasides."

What Is Bacopa Herb Extract?

Bacopa monnieri extract, or bacopa herb extract, is simply the extracted form of the active compounds contained within the plant. Typically, you will see bacopa herb extracts for sale in capsule form. There are a few liquid and powder options, but the strong flavor of these forms almost always turns people away.

Traditional Uses and Potential Benefits of Bacopa for Brain Health

So, exactly what does bacopa do for the brain?

In traditional Ayurvedic medicine, bacopa has been a trusted healing herb for hundreds of years. It has long served many different purposes for Ayurvedic practitioners, and has been consistently used to improve memory performance, reduce symptoms of anxiety, and support cognitive function as well as health. Bacopa is also considered to be an Ayurvedic herbal medicine staple for its purported antioxidant and anti-inflammatory properties, and a member of the class of adaptogen herbs often utilized for full-body homeostasis (balance).

But does bacopa really work to support brain health? The research on Bacopa monnieri has been incredibly promising thus far, especially when it comes to ways in which the herb may be good for your brain. Let's break down what science has shown us thus far.

1. May Increase Resilience to Stress

As an adaptogenic herb, Bacopa monnieri is believed to be able to help restore balance within the brain and body. More specifically, it may help reduce amounts of cortisol (a potentially-damaging stress hormone), while also supporting health adrenal function, which is a key component of your stress response system.

When major neurotransmitters (biochemicals such as serotonin, dopamine, GABA, and acetylcholine) are at ideal levels, your brain is far better equipped to perform essential functions such as sleep, memory, concentration, and focus. Research has shown that bacopa can help regulate neurotransmitters, further securing that state of "full-body balance."

Scientists have found tha bacopa increases blood flow to the brain, bringing in important components such as oxygen, nutrients, and glucose (for energy), while simultaneously removing unwanted substances such as toxins, carbon dioxide, and metabolic waste.

Bacopa has been found to support the growth of dendrites, which are new nerve endings that are critical for communication among brain cells.

5. May Be a Potent Antioxidant

Free radical damage can have a marked impact on the brain, but bacopa has anti-oxidative properties that fight back against these negative cognitive effects.

6. May Have Anti-Inflammatory Effects

7. May Act as an Antidepressant

Studies have taught us that Bacopa monnieri can regulate neurotransmitter levels, so it only makes sense that it can potentially play a part in supporting individuals with depression. Serotonin and dopamine are often targeted by traditional pharmaceutical antidepressants, but they may also achieve improved levels with help from bacopa supplements.

8. May Protect the Brain from Aluminum Toxicity

Although commonly used in many everyday items, aluminum can pose a danger when it reaches excessive levels in the brain. Alzheimer's patients have been found to have high concentrations of aluminum in their brain, where it acts as a neurotoxin that contributes to memory loss. However, bacopa can "absorb" minerals in the brain, including aluminum, potentially reducing the rate at which it accumulates.

9. May Protect Against Memory Loss Caused by Medications

Certain medications, including many antihistamines, antidepressants, antipsychotics, antihypertensives, and even antibiotics are part of a category of drugs labeled as "anticholinergic." These medications block the action of acetylcholine, the neurotransmitter associated with learning and memory. But bacopa works to stimulate choline acetyltransferase, a process that supports acetylcholine - and therefore, can offset the effects of these medications.

"Brain plasticity" refers to how well your brain is able to continue growing, changing, and forming new neural connections throughout your life. With bacopa, you may enhance brain plasticity by supporting the formation of brain-derived neurotrophic factor (BDNF), which is an important protein that facilitates new brain cell formation.

Even just a quick online search for "supplements with bacopa" will bring up countless results, including both multi-ingredient supplements and pure bacopa extracts.

First, you'll want to make sure that you're buying authentic bacopa. Look for a supplement labeled with Bacopa monnieri. Keep in mind that "brahmi" is a term that is sometimes used to refer to another Ayurvedic remedy, known as gotu kola. So, read product descriptions carefully.

How to Read a Bacopa Supplement Label

It can be somewhat confusing to read a bacopa supplement label, largely because you can find bacopa supplements in the form of either whole herbs or standardized extracts. In many cases, a single supplement will have both forms (extract and whole plant powder).

To read the label on a bacopa supplement, you'll look for the percentage of Bacopa saponins, which is the general term for the main active ingredients in bacopa (bacopasides). This will tell you how much you are getting per serving, and what form it is in.

Why Your Bacopa Supplement Should Be Organic

Bacopa is believed to be capable of absorbing excess minerals in your brain, but it is important to know that the plant can also do this while it is planted in the ground. That means that the bacopa plant has a well-established reputation for accumulating any heavy metals that may be present in the soil where it is growing, including lead, mercury, and arsenic.

As a result, it is imperative that you purchase organic bacopa products only.

Boost Your Brain Health with Bacopa Supplements from Core Culture

Now that you've learned all about the many ways in which bacopa and brain health may be connected, you might be ready to find the best bacopa extracts to try for yourself. But remember, not all nootropic supplements are created equally, so shop wisely.

At Core Culture, we're committed to developing the highest-quality supplements and products, relying on science-backed formulas and organic ingredients. One of our top-selling nootropic supplements is our Brain Box, a powerhouse blend of all-natural ingredients — including 300mg of bocopa. With a per-serving cost that comes out to less than that of leading energy drinks, plus a long list of potential health benefits, Brain Box is the all-natural boost you've been looking for.

Check out Brain Box and other premium health and welness supplements for sale from Core Culture today!