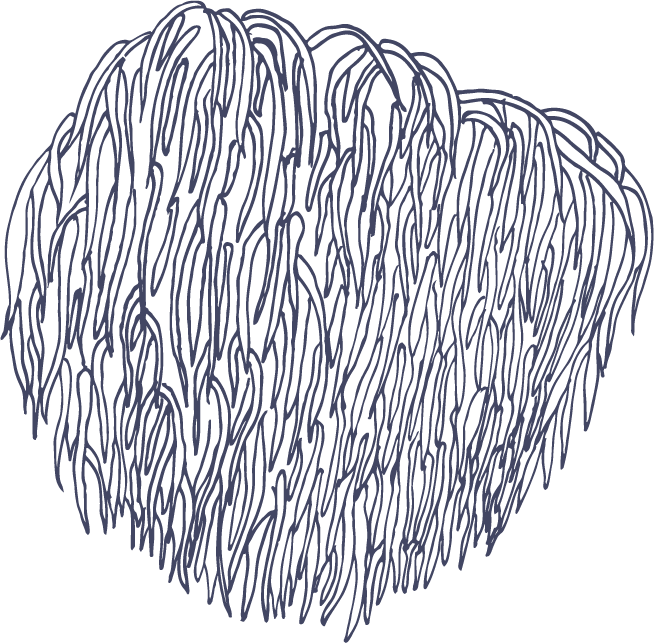 Where Lion's Mane is found 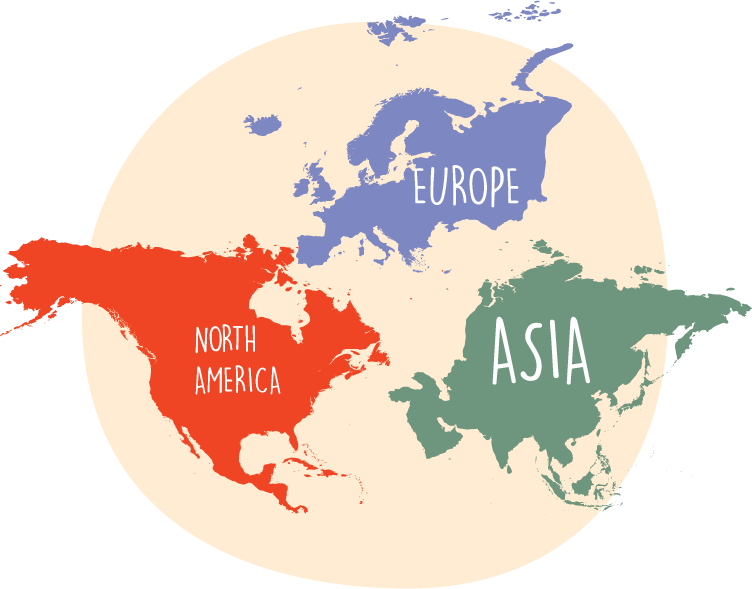 It contains diverse phytochemicals including polysaccharides, such as Beta Glucan, as well as hericenones and erinacines. These constituents help strengthen cognitive function as well as help boost the immune system while decreasing inflammation. 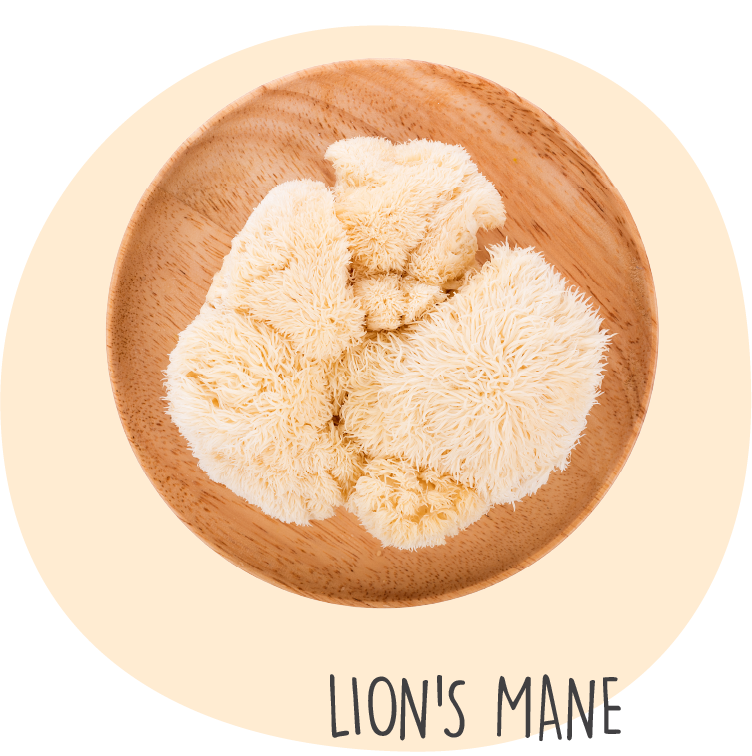 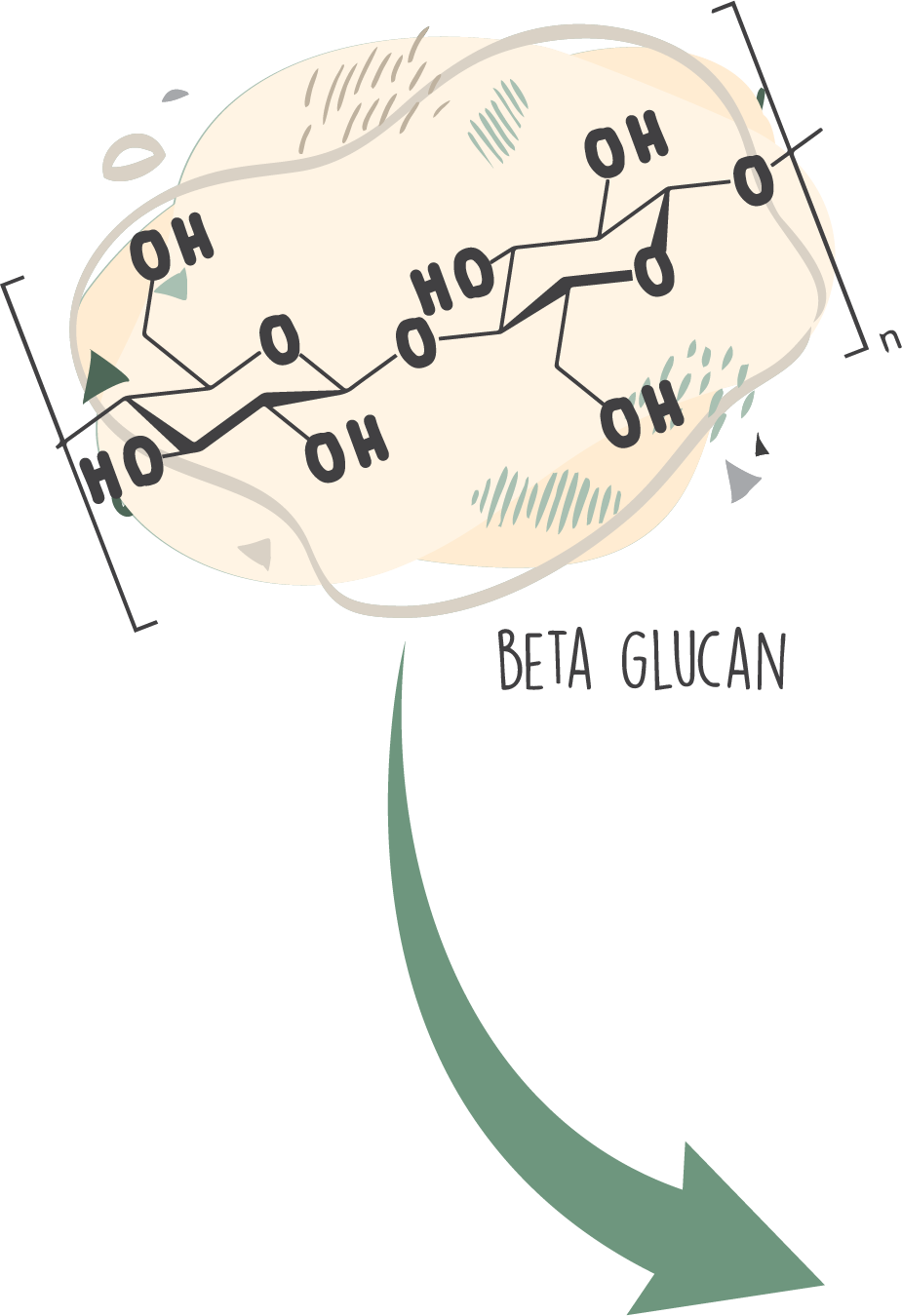 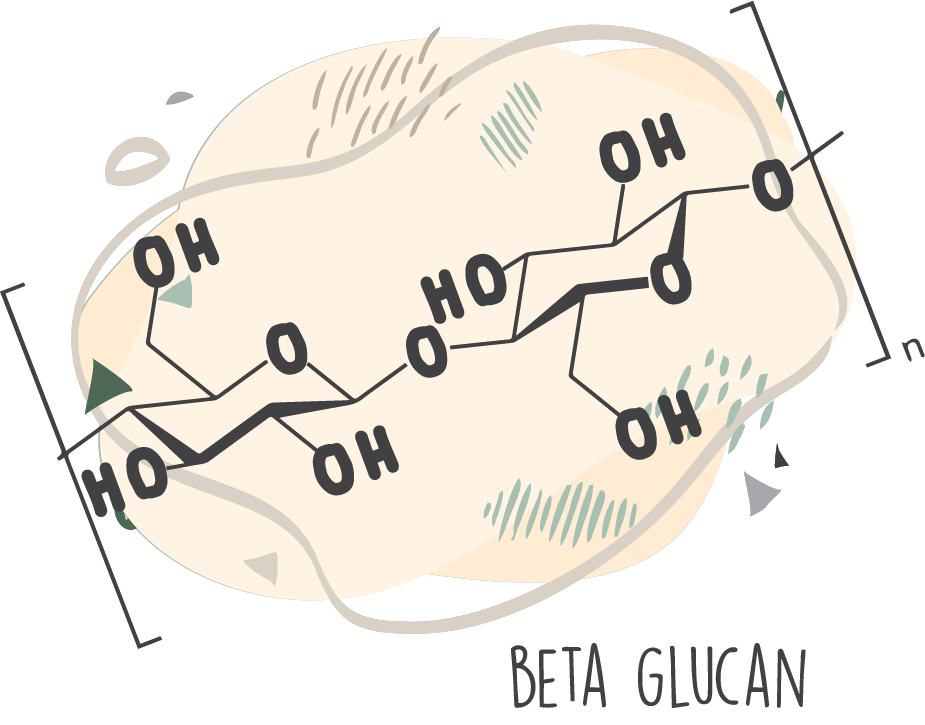 How do Beta Glucans Work?

Natural Immune Support
Beta Glucans facilitate the transportation of Beta(1,3)-glucans and similar compounds across the intestinal cell wall into the lymph, where they begin to interact with macrophages to activate immune function

Beta-glucans are naturally occurring polysaccharides. These glucose polymers are constituents of the cell wall of certain pathogenic bacteria and fungi. The healing and immunostimulating properties of mushrooms have been known for thousands of years in the Eastern countries. These mushrooms contain biologically active polysaccharides that mostly belong to group of beta-glucans. These substances increase host immune defense by activating complement system, enhancing macrophages and natural killer cell function. The induction of cellular responses by mushroom and other beta-glucans is likely to involve their specific interaction with several cell surface receptors, as complement receptor 3 (CR3; CD11b/CD18), lactosylceramide, selected scavenger receptors, and dectin-1 (betaGR). beta-Glucans also show anticarcinogenic activity.

The primary active compounds in Lion’s Mane are hericenones and erinacines. Hericenones help your brain produce more Nerve Growth Factor. And erinacines easily cross the blood-brain barrier to boost the production of neurons.

Lion’s Mane stimulates the repair and creation of neurons. Boosting neurotransmitters and signaling that effects memory, learning, recall, and mood. 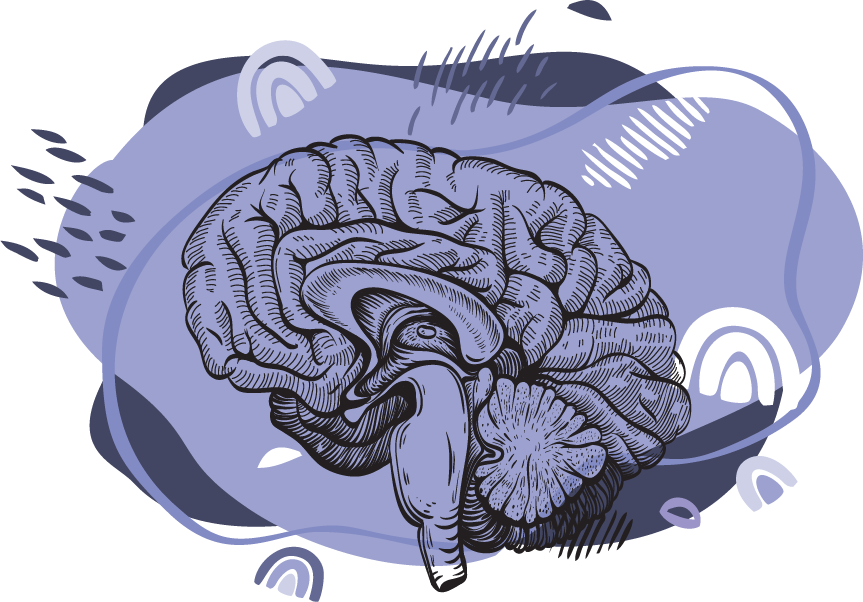 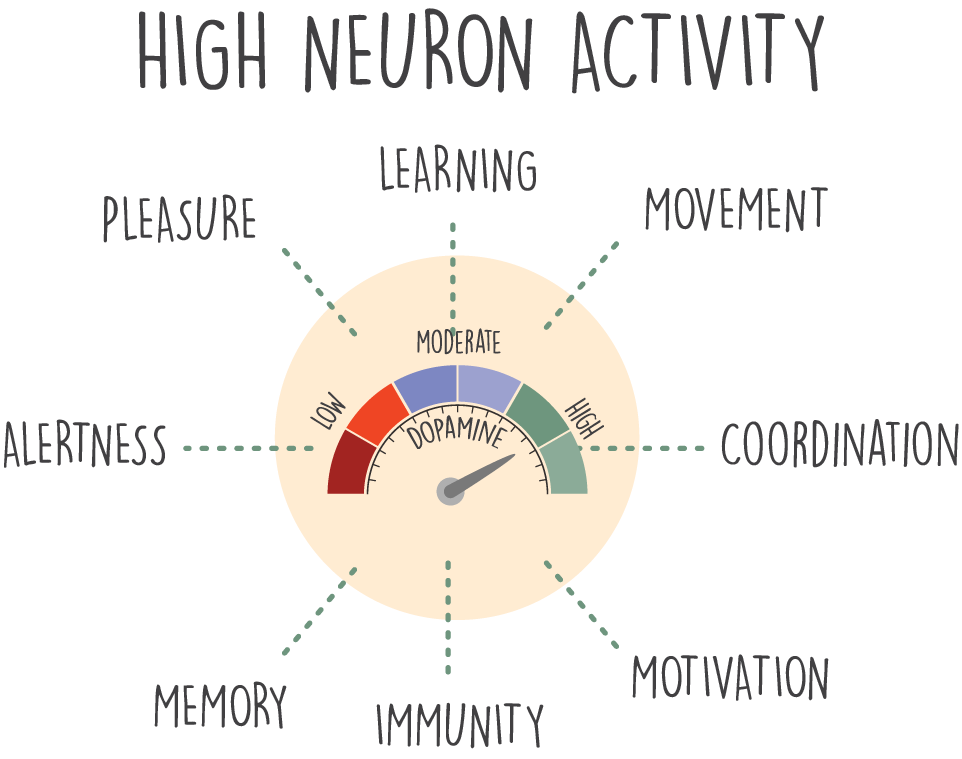 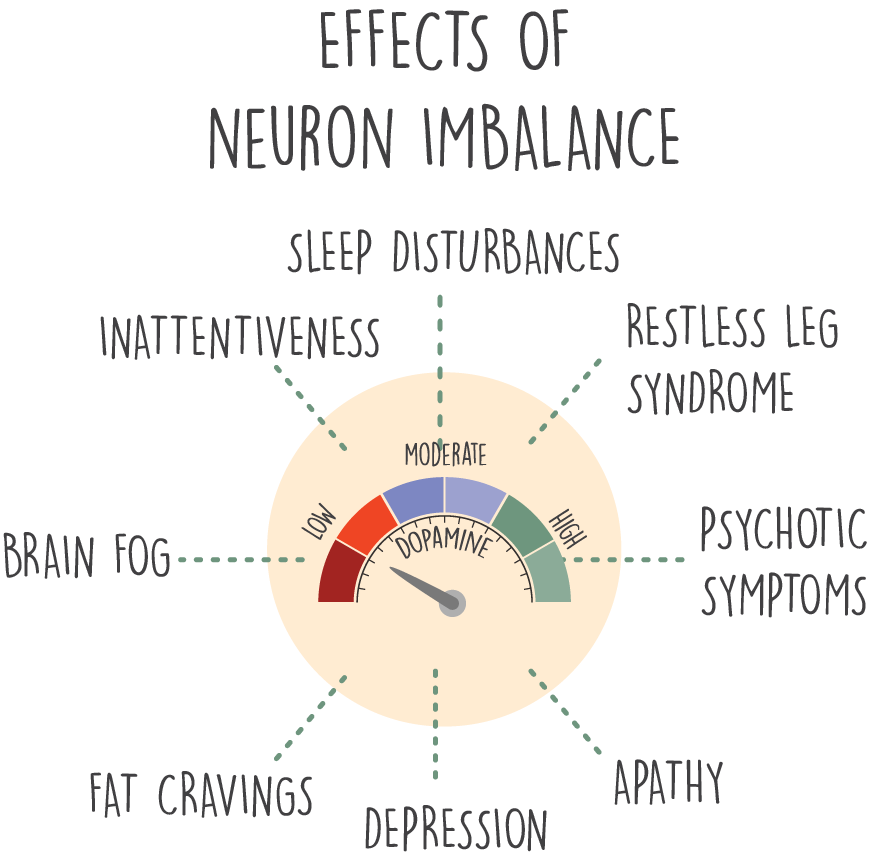 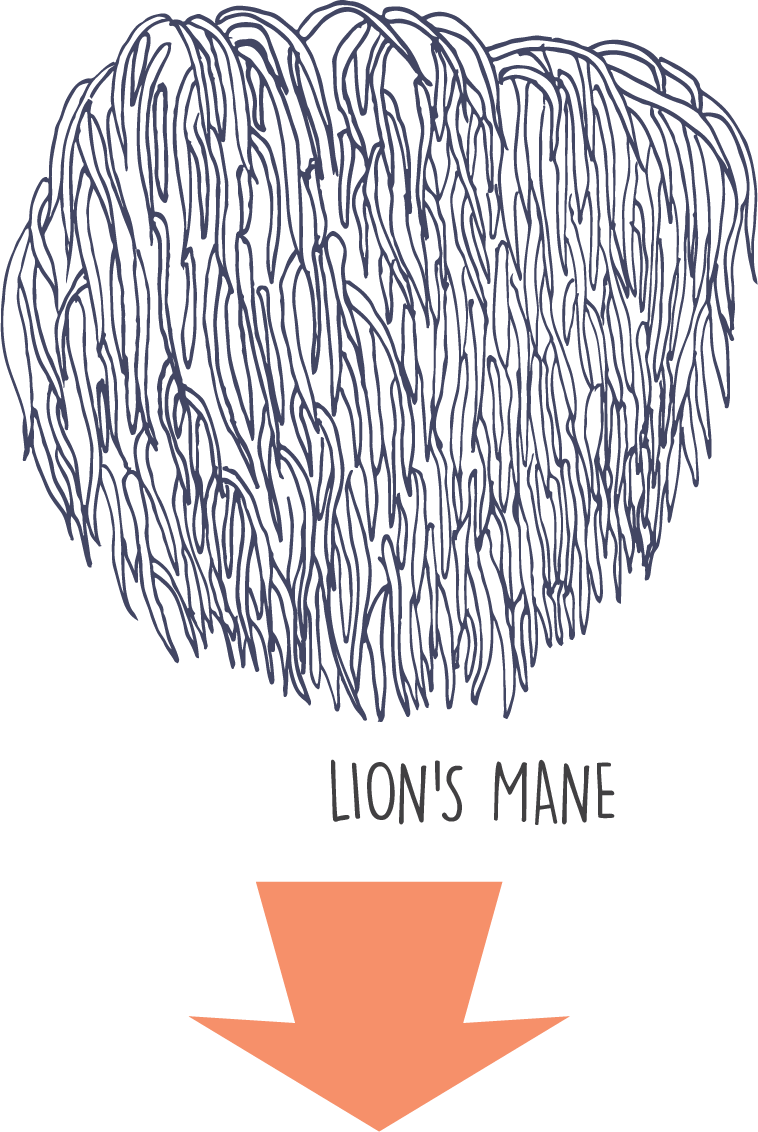 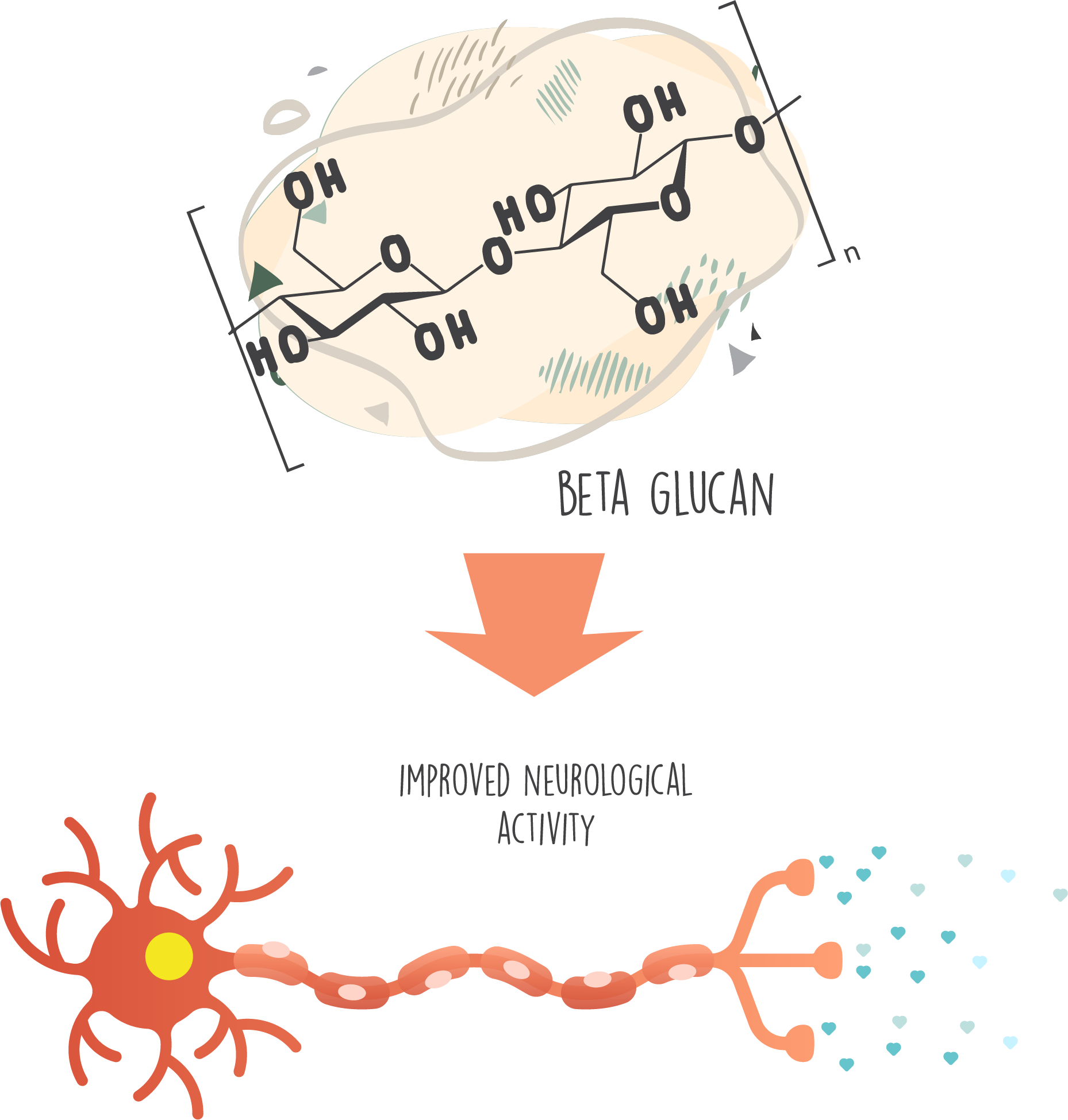 Abstract: Hericium erinaceus is an edible and medicinal mushroom with potential neuroprotective effects. The study of H. erinaceus has attracted considerable attention during the past 10 years, particularly with regard to its potential utility in the treatment of motor dysfunction, Alzheimer disease, and other forms of dementia. We previously determined that oral supplementation with H. erinaceus results in significant improvements in novelty-seeking behavior and novel object recognition in mice. In this study, H. erinaceus was added to the diets of wild-type mice for 2 months, and effects on spatial memory were evaluated by means of a Y maze and an object location task. We found that H. erinaceus increased general locomotor activity but had no effect on spatial memory. Thus, oral supplementation with H. erinaceus yields specific and selective improvements in recognition memory without altering spatial working memory, which supports the hypothesis that recognition memory can be modeled as a dual process. In this model, the perirhinal cortex supports the recognition of individual items as part of a circuit involved in familiarity with an encountered stimulus, whereas the hippocampus supports recollected associations and relationships between stimuli.

Abstract: The culinary and medicinal mushroom Hericium erinaceus is widely consumed in Asian countries, but apparently not in the United States, for its nutritional and health benefits. To stimulate broader interest in the reported beneficial properties, this overview surveys and consolidates the widely scattered literature on the chemistry (isolation and structural characterization) of polysaccharides and secondary metabolites such as erinacines, hericerins, hericenones, resorcinols, steroids, mono- and diterpenes, and volatile aroma compounds, nutritional composition, food and industrial uses, and exceptional nutritional and health-promoting aspects of H. erinaceus. The reported health-promoting properties of the mushroom fruit bodies, mycelia, and bioactive pure compounds include antibiotic, anticarcinogenic, antidiabetic, antifatigue, antihypertensive, antihyperlipodemic, antisenescence, cardioprotective, hepatoprotective, nephroprotective, and neuroprotective properties and improvement of anxiety, cognitive function, and depression. The described anti-inflammatory, antioxidative, and immunostimulating properties in cells, animals, and humans seem to be responsible for the multiple health-promoting properties. A wide range of research advances and techniques are described and evaluated. The collated information and suggestion for further research might facilitate and guide further studies to optimize the use of the whole mushrooms and about 70 characterized actual and potential bioactive secondary metabolites to help prevent or treat human chronic, cognitive, and neurological diseases.